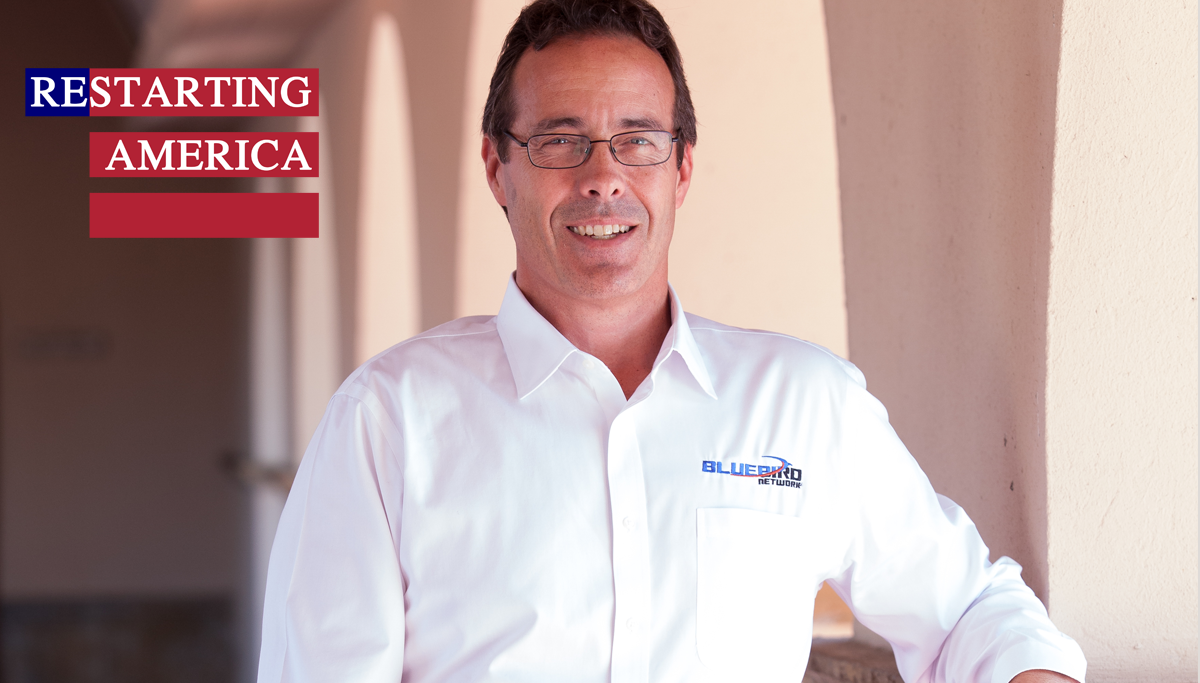 In this episode of Restarting America, Josh Gibbs from 97 Switch interviews Michael Morey, the President and CEO of Bluebird Network since 2012. Throughout the interview, they discuss the impacts of the COVID-19 pandemic on business and society. Morey shares how the current health pandemic has affected his company and how he is adapting to new circumstances.

With more than 37 years of telecommunications experience, Morey has served as President & CEO of Voxitas, Senior Vice President at NuVox, Regional Vice President of Electric Lightwave, Inc., and held various management positions within his 13 years at AT&T.

During his tenure at Bluebird Network, the company has more than doubled in size and was named as one of the fastest-growing companies in Missouri in 2015. Morey’s experience and strong management skills proved successful when Bluebird Network received INC 5000 in 2013, 2014, 2016, and 2017 as one of the fastest-growing private companies nationally. Voxitas also received INC 5000 recognition in 2007, 2008, and 2009. Morey earned a BS and MBA while attending the University of Southern California.