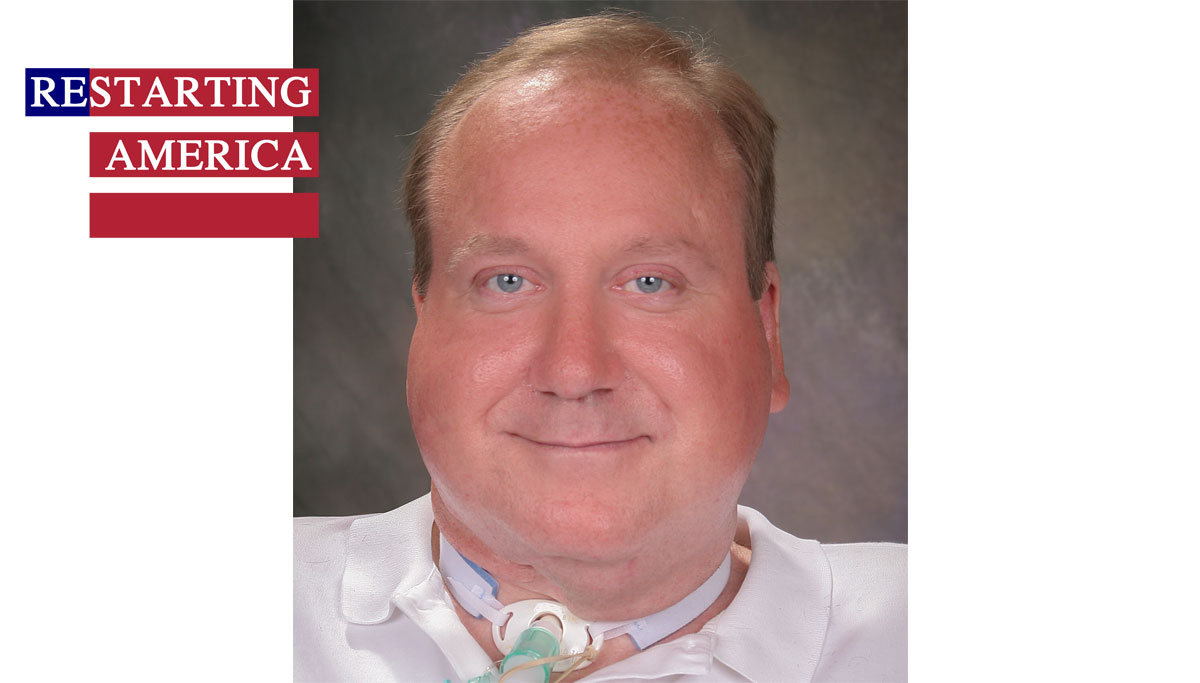 In this episode of Restarting America, Josh Gibbs from 97 Switch interviews Jim Mullen, the founder of Mullen Foods. Throughout the interview, they discuss the impacts of the COVID-19 pandemic on business and society. Mullen shares how the current health pandemic has affected his company and how he is adapting to new circumstances.

Mullen is a disabled Chicago Police officer who sacrificed his own well-being in service to a city he loves. He is also living proof that a catastrophic, debilitating injury is not a barrier to a life well-lived.

In 2007, Mullen established Mullen Foods and began pursuing his new passion, to recreate and market his mother’s beloved homemade apple sauce. His only goal at that time was to get it on the shelf at Happy Foods in Edgebrook so that his mother could see it on the shelf while she was shopping.

Today, Mullen Foods has grown from a small boutique manufacturer into a mainstream premium product competing with national brands. The company has retail and foodservice distribution in over 500 locations throughout the Midwest. Just a few customers include Jewel, Marianos, Whole Foods, and Lettuce Entertain You restaurants. His apple sauce is now available nationally through Amazon.

As a former police officer, Mullen donates a portion of Mullen Foods’ profits to the Chicago Police Memorial Foundation, which ensures that the sacrifices he and other officers have made in service to Chicago are always remembered.

After his accident in 2002, Mullen became an on-air disability reporter for six years at CBS 2 WBBM TV. He was the only ventilator-dependent quadriplegic to broadcast for a national news network. In 2005, he received an Emmy for his outstanding work reporting inspirational stories about people who have overcome major obstacles due to their physical challenges.

Mullen currently lives on the far northwest of Chicago in Wildwood with his wife, who has also been a Sergeant for the Chicago Police Department for more than 25 years.